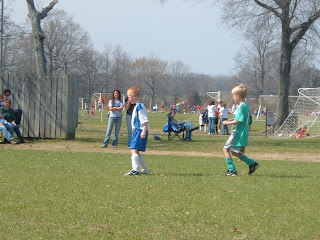 Connor played his very first soccer game this Saturday morning. It’s still early March, but it was blazing hot at the soccer fields!! Supposedly, Connor’s team (green colored jerseys) lost by 1 point… 9-8. I personally don’t remember that many goals being scored, but I wasn’t paying real close attention and I was a few minutes late getting to the game. Who knows how many points were made in the 10 minutes before I got there! 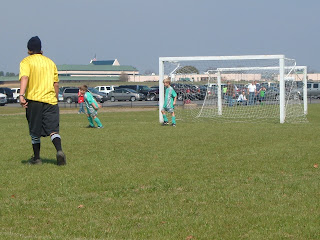 Connor played several different positions. Here he’s attempting to be a goalie. He let at least 2 go by him into the net! The game only had to be stopped once for a crying kid (I can’t believe it!). 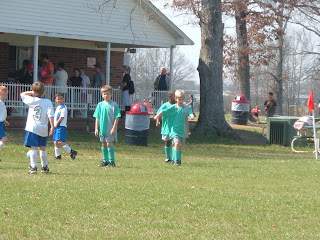 All in all, it was a lot of fun. Connor was exhausted from all the running, but I know it did him good! Just think some of these kids have had only 2 practices… EVER… IN THEIR ENTIRE LIVES!! Next week should prove just as entertaining!!