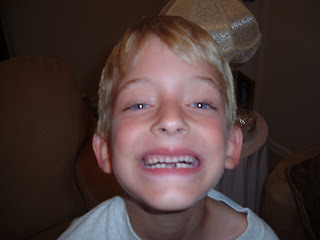 Connor lost his 2nd tooth over the weekend. Apparently his dad pulled it out with a pair of tweezers!! Connor said it didn’t hurt! It’s amazing to me how resilient kids are! I remember being scared to death to lose a tooth. I would let it be loose for so long that it would fall out when I bit into a banana!!
You can barely see his permanent tooth coming in the first slot. They always look giant next to the baby teeth. It’s coming in kindof crooked and awkward! Hopefully they’ll straighten. I’m already scared of braces! I had them in 4th, 5th and 6th grade when no one else did! I got made fun of!!! But, when it came time for Senior Pictures, everyone else had braces, but not me! I had straight in our yearbook!
I always thought the top two teeth came out first. Not so with Connor. Although, we’ve always done things a little differently!
Anyone have any loose tooth horror stories?
Let me say, the St. Louis zoo is AWESOME!! I’d never been before this weekend. I flew up there to spend the weekend with my boyfriend and his family (which, by the way, was the first time I’ve been on a plane since January 2002!!). We went to the zoo after having breakfast. We spent more than 3 hours there! Here are some pictures… 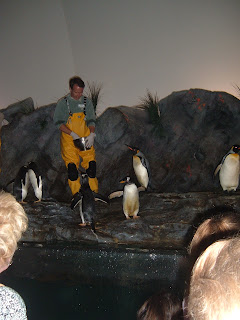 The new Penguin exhibit was the coolest thing and yes it was cool in temperature, too. The animals were so close that if you wanted to get kicked out of the zoo, you could touch them! 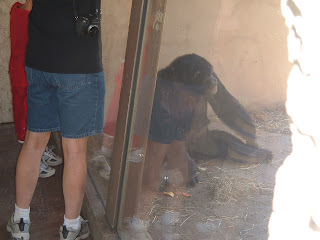 The chimpanzee exhibit was great, too! Some of them actually knew sign language and could communicate with the zoo keepers. 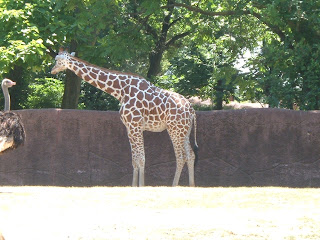 Here’s my favorite kind of animal… the giraffes! 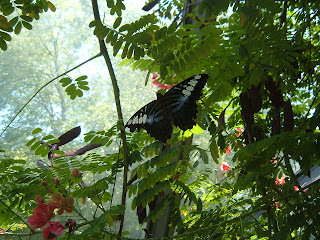 The butterfly house was pretty neat, too. There were plastic cards with a picture of each butterfly species in the facility. I saw about 4 different kinds.

Rob & I also had the opportunity to go to a Cardinals game on Saturday night. We had pretty great seats. Just inside the right field foul line. The LA Angels hit a homerun that landed about 4 rows behind us! 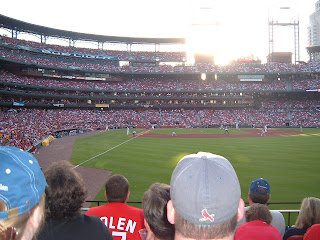 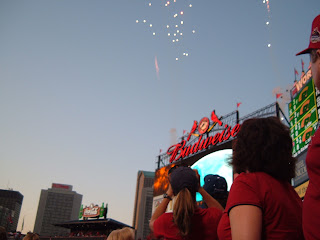 The Cards lost, but they won on Sunday!!

The plane ride home was not nearly as fun as the trip up there. There was some “weather” in Little Rock that made for a bumpy trip and I got on the plane a little later than the other passengers, so I had to sit in the middle. That didn’t help my queasiness!!!

It was a great trip!

The 2007 Relay for Life benefiting the American Cancer Society was held this weekend. The theme for the 18 hour event was “Camping for a Cure”. We brought tents and spent the night in the park! It was a lot of fun! We had a 501st Legion Star Wars Storm Trooper at our tent for pictures. Here’s mine… 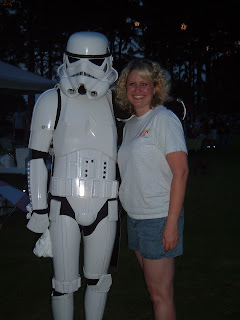 The event raised more than $65,000 for the Cancer Society and was a lot of fun, too! Especially mine and Jessica’s trip to Waffle House at 2:30 Saturday morning. Man, there are some weird people in Waffle House at the hour of the night!!

It was a blast! I’ll have more pictures later!