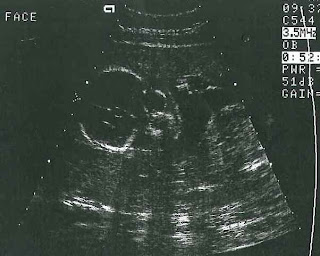 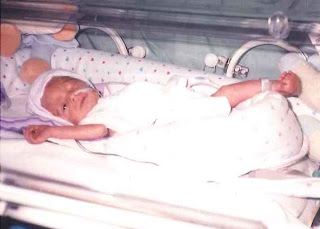 Because of Preeclampsia (and major home-life stress), I was put on partial bed rest the week before, but… my sister was getting married on May 27th… how can I not be up and about and social?!
I wound up in the hospital on Tuesday for tests because my blood pressure spiked. I was transported (yes, by ambulance) to a bigger hospital by Thursday, induced (at 31 weeks) to no avail and then had a C-section to deliver my tiny bundle of joy. 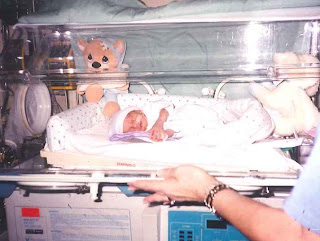 He was so little, preemie diapers were too big… he didn’t have an ounce of meat on him, not even a butt crack! He had a little trouble breathing on his own, so he was on a respirator for about 8 hours.

After that… there was no stopping him! He continued to gain weight and grow and by July 7th, he was able to come home for the very first time! 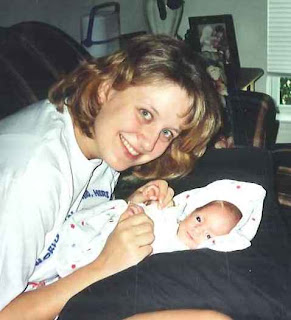 I love this picture… look at him smile! He had to be on an apnea monitor for several weeks to insure that he didn’t stop breathing, but has not had one issue since!

Here are some pictures through the years… 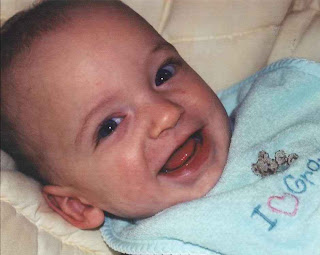 Connor still has the cutest grin! 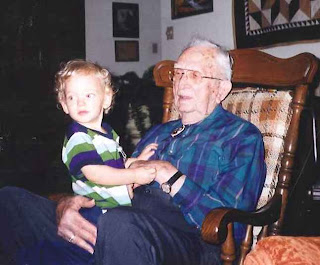 Here’s Connor with my grandfather. He was an amazing man who would have been 100 years old if he were still alive. Miss him TERRIBLY!! 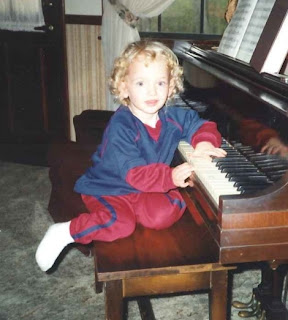 He’s got my curly hair! This was the day that a waitress at a local restaurant asked me if my “daughter” was finished with her plate. His sweatshirt has tools on it… does he REALLY look like a girl? Needless to say, his locks were cut off soon after this was taken. 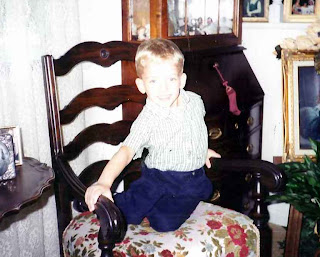 I do miss those curls! He just doesn’t look the same! 🙁 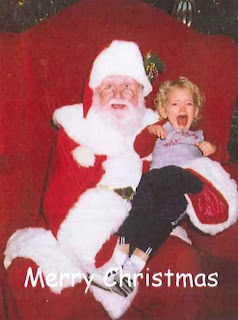 This one cracks me up!! He’s two here… I don’t know who looks funnier! 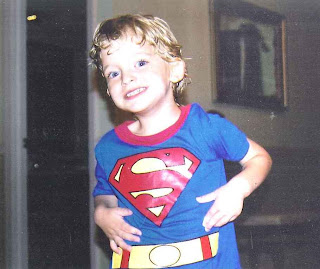 One of my absolute favorites!! We had this one blown up and put a city scene in the background. It hung over his bed for years! Every little boy needs Superman pajamas! 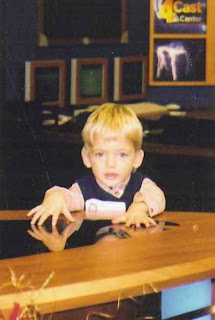 This was taken at a Christmas event where I used to work (NBC affiliate). He was 3 1/2 here. Future weatherman, don’t you think?? 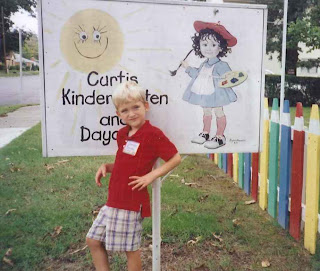 First day of preschool! He’d still attend this school if they had 6th grade! He LOVED it and was so sad to leave when it was time to go to the public school for kindergarten.
I’ve got a million more pictures (bet you’re not surprised), but I won’t bore you.
Fast forward a couple (okay, 6) years…

These were from the church Christmas program last year!! He was a member of the “Manger Boys” in their musical! I was so proud of him! He can really sing! 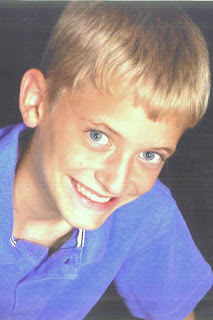 I will ALWAYS love that smile!

Happy 11th birthday, Connor!
I love you!
Until next time… Happy Blogging!