This weekend was so beautiful in comparison to the rest of last week, so we decided to be outdoorsy on Saturday afternoon.
Following Junior Bible Quiz and a soccer game Saturday morning, we took Macy here… 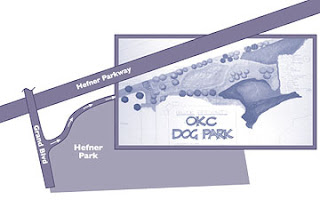 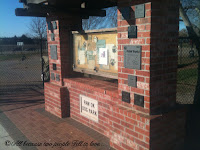 The two-acre offleash park located at NW 73rd and Grand Boulevard in Oklahoma City featurestwo separate fenced in areas, one for large dogs, the other for small.  Both enclosed spaces have water stations forthe pooches and benches for their human friends.  The large area also has water stations andbenches, plus a swimming pond… 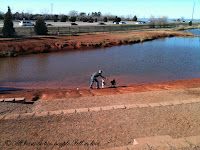 We weren’t theonly ones at the park that day… many puppy parents had the same idea.  Macy made a bunch of new friends! 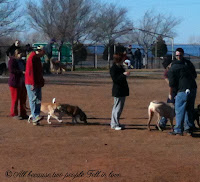 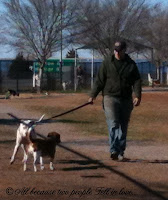 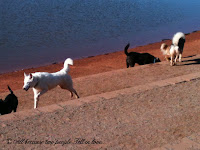 No children under10 years of age are allowed in the PAW Park, and other regulations apply. To seea list of rules and regulations, or to find out about PAW OK, click HERE. 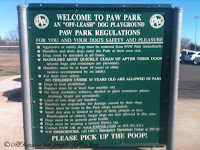 The PAW Park is operated and maintained in cooperation with Partners for Animal Welfare of Oklahoma (PAW OK). The non-profit, volunteer organization takes care of the park grounds and raises funds for park improvements. Donations are accepted at the park for ongoing maintenance.

The PAW Park was even voted one of the “Ten Best DogParks in the U.S.” in the June 2008 edition of DogFancy magazine.
This was the second time we’ve been to this particular dog park.  We like it because it’s huge, there’s lots of trashcans and “pooper-scoopers” and lots of “sniffs” for Macy to enjoy!  We will definitely be back here in the near future.
Until next time…
Happy Blogging!