…that’s what I’m saying about the 2013 Little Rock Half Marathon. I felt the best following the race and it was definitely better than last year, but it was my 3rd worst time of all 4 of the half marathons I’ve participated in.
But, I looked cute… 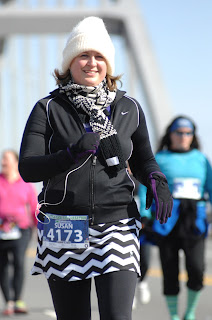 It was so cold on Sunday morning, March 3rd in Little Rock’s River Market District. Below freezing to be exact. I had to wear several layers to stay warm!  Including mom’s old knitted toboggan hat!

Mom, Dad and I arrived shortly before 7am to prepare for the 8am race start. It was so good to be back in Little Rock. I really love this race. The atmosphere is amazing and the coordinators put so much thought and effort into the theme and medal and everything else that goes on behind the scenes.

Here is the race start… 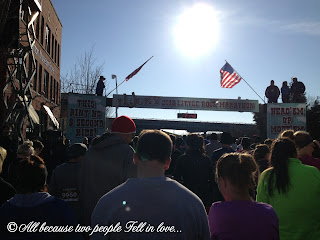 Isn’t that banner the cutest?? Did you see what was written on the sides? The Race Girls took the Lucky theme almost to an extreme, but I loved it!
I was committed to stop, take pictures and post them on Facebook along the course and I did pretty good… that’s probably why my time was so terrible! Here is a sampling of some of the shots… 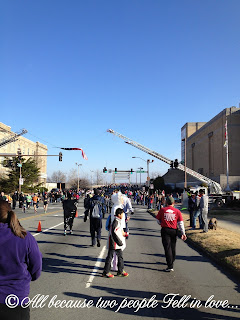 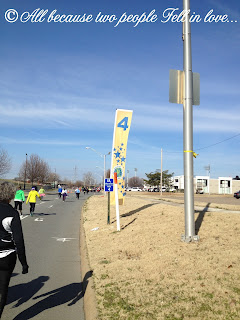 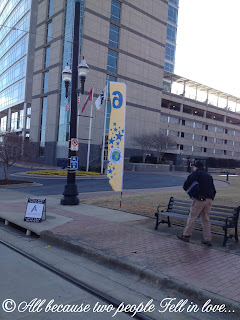 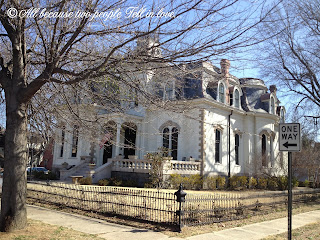 This is the Villa Marie. It will look familiar to “Designing Women” fans. I loved that show! 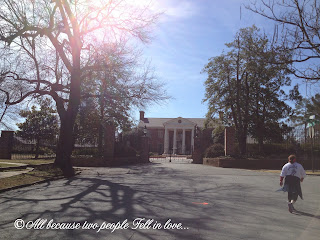 This is the Governor’s Mansion.
Earlier, Governor Beebe was out by the gate cheering on the runners. He must have gotten tired or bored or something by the time I finally made it to his house. There wasn’t anyone there!
Both Rob and my dad called me during the race! Rob asked me if I was done yet. I was only on mile 10. Dad called to tell me the battery had died on the car and they had to call someone to come fix it!
Finally, 3 hours 47 minutes and 7 seconds later, I crossed the finish line. 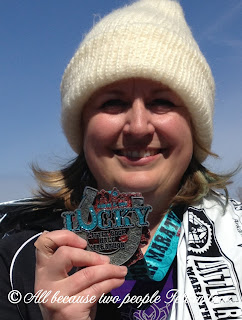 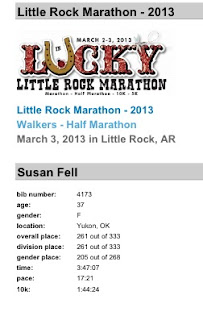 The medal is absolutely fantastic and very heavy! 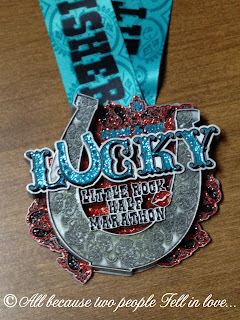 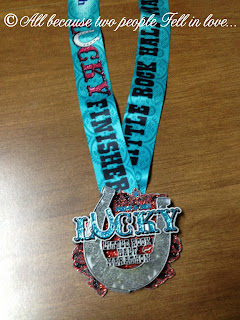 Now… it’s time for my favorite part!!!
Right next to where we park every year is a fabulous, old-fashioned restaurant called “The Hop Diner” 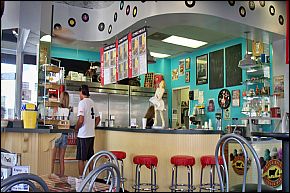 photo credit
This is what I was racing for… 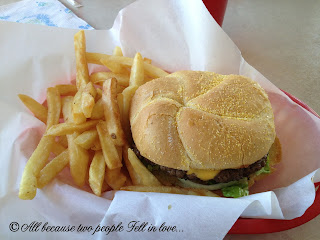 It was so delicious!
Now, goals for next year’s race…
The 2014 Little Rock Half Marathon is scheduled for Sunday, March 2nd.
My main goal is to finish in 3 hours, 15 minutes. I will train more, starting early this summer, and attempt to run or jog most of it.
I’ve already started saving up for my shoes… 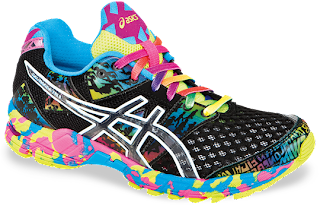