I am way behind!
133/365
Our new red chairs came in last week!  I am so excited!  I put them together all by myself and it was super easy.  They are not as bright as I was afraid they might be… actually, they match our red cabinet perfectly!  It looks as if they’ve been around our farmhouse table for years! 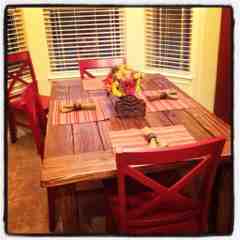 134/365
Connor had his final soccer game of the season on Saturday.  Here he is stopping one of many goal attempts by the opposing team.  They still lost the game in spite of Connor’s efforts. 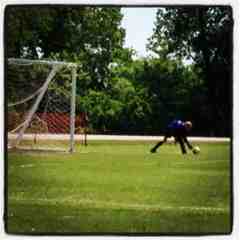 135/365
I had two doctors appointments today near the town of Edmond… so… I thought I’d swing by a fantastic cupcake shop called GiGi’s to see if they had my favorite Midnight Magic cupcakes.  They did!  I brought home one for me and one for Connor.  He was very appreciative!  There are several GiGi locations… click HERE to find one near you! 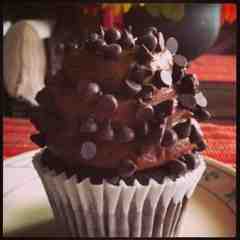 Doesn’t that look absolutely delicious?  Believe me, it was!
Hopefully I’ll keep up with this project better in the future!
Until next time…
Happy Blogging!