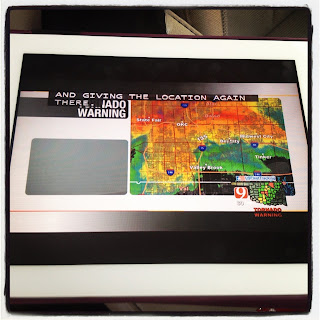 151/365
We knew tornadoes were a possibility yesterday, but we had to head east to drop Connor off with his dad for the summer.  We were just hoping it wouldn’t get too bad to go home… well, it did.  We watched the weather coverage on my ipad for a majority of the 3+ hour drive.  According to the radar, the huge, gigantic funnel was headed straight for our neighborhood.  We were concerned that we wouldn’t have a house to go home to.  My aunt was visiting her daughters in Fayetteville… she called me and insisted we come stay with them, so we did.  We finally heard some time later that our neighborhood was fine, but some of our friends did have damage.  We are going to go out to El Reno tomorrow, which was one of the hardest hit areas, and take a look around. 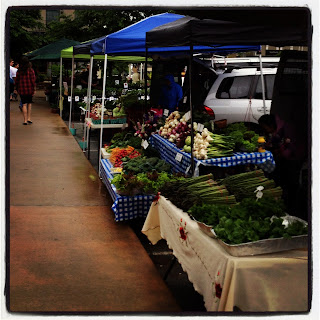 152/365
This morning, we decided to head to downtown Fayetteville before beginning the journey home.  Each Saturday, the town square hosts a Farmers’ Market and today was no exception, in spite of the weather.  Every in-season vegetable was available, it was beautiful!  The dogs had fun walking around and meeting other dogs.  We had a nice stroll through the booths and then hit the road!
Thankfully, we had no damage and hopefully the skies will remain quiet for a while!
Until next time…
Happy Blogging!