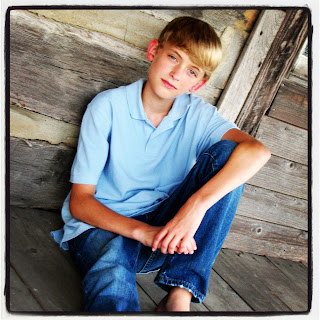 153/365
My son officially became a teenager on Sunday.  It is incredibly hard to believe!
Now, here are some pictures from Friday night’s record-breaking tornado that ravaged the town of El Reno. 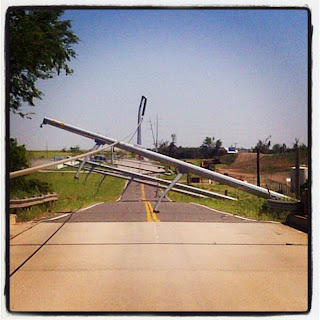 154/365
These power poles were over the interstate from our office.  Surprisingly, my office trailer suffered minimal damage… two of our sister companies had their roofs blown off, the one just past these power poles and the building right across the street from us. 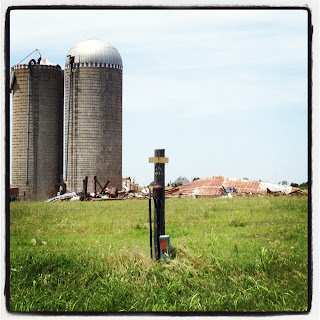 155/365
This was my favorite barn… I’ve taken pictures of it several times over the last few months during different seasons.  I’ll have a before and after picture in a minute. 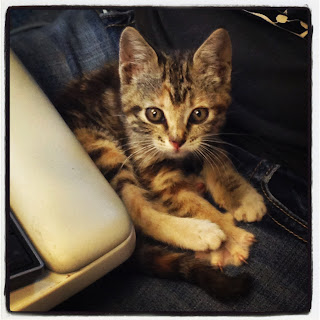 156/365
This adorable kitten was found in the shop at work.  We believe it was carried from his home by the tornado.  It is not a feral cat, it belonged to someone and lived in the house.  He has since been placed with a wonderful, loving family that will take great care of it! 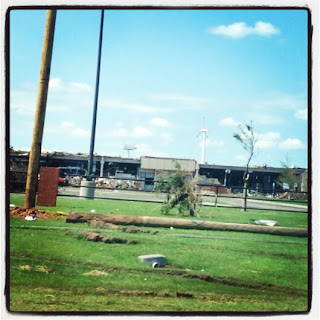 157/365
Another structure that sustained major damage was this school.  It’s the Canadian Valley Technology Center.  Whole walls are gone.  The destruction is unbelievable!

Here is the barn back in March and what is left today.  I’m going to miss seeing the buildings on my way to work every day!
Until next time…
Happy Blogging!