This weekend is my 20 year high school reunion. Where has the time gone? It feels like just last week I was walking across the basketball court to accept my diploma (which turned out to be a letter instead stating that I owed a fine for a damaged book…which, by the way, was not damaged by me… but by my locker mate who shall remain nameless (Boone)). And wasn’t it just yesterday we were celebrating our 10 year reunion? Time flies!

In honor of this weekend’s festivities, here is one of my senior portraits… 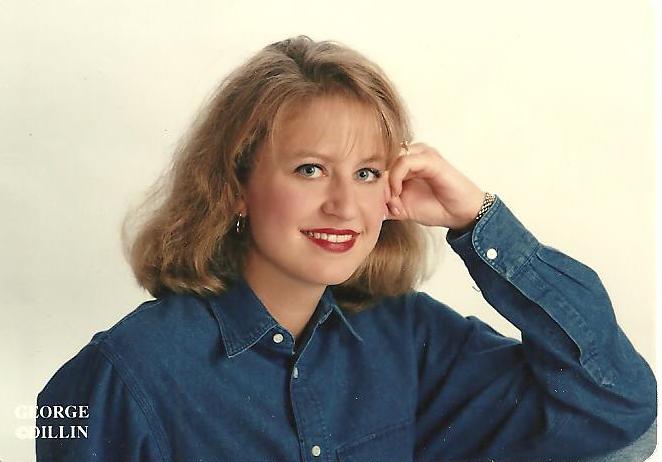 I loved this picture…even with my frizzy hair! I didn’t embrace my naturally curly hair until a couple years later at college… in fact, I didn’t even realize my hair was so curly until I let it air dry one day. Growing up, my mother always made me blow dry it. What an awakening! Letting it air dry shaved off about 30 minutes of primp time every morning! My mother still tells me it looks like a rat slept in it!

I hope to see all of these people and more this weekend. We’ll also be remembering those we’ve lost in the last 20 years. Those who have passed on way too young!

When I told a friend from church last Sunday what we were doing this weekend his comment was “I have no unions I’d like to re-union.” I can’t say that about my classmates. We were and still are a pretty tight-knit group. There were roughly 175 in our graduating class and a lot of those had grown up together, whether it was as young as the “bed babies” group in the nursery at church or from kindergarten and up. Very rarely did anyone move out of our small town.

I’m really looking forward to the events of this weekend and hope to have lots of pictures to post on Monday!

I’ve slacked off a little bit on my Friday Favorites… that doesn’t mean I haven’t had any favorites, it just means I’ve been too busy to write a post about them! I’ll try to do better. Here are my favorites from this week…

Favorite Fashion:
I’ve mentioned the girls from Shop Bella C before (HERE). They are so fun and their clothes and accessories are amazing!! This week, they launched their very own app! It’s available for both iPhone and Android and it makes shopping for things like this… 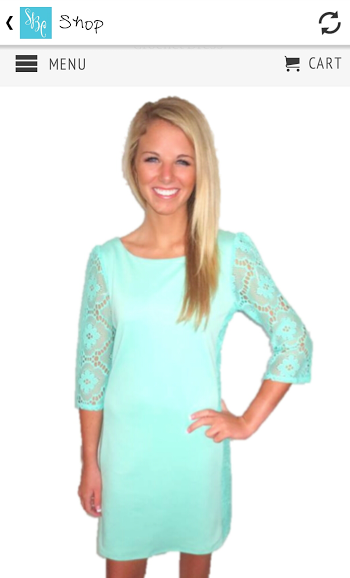 …a little easier! Go check it out!

Favorite Blog:
I’ll admit, I haven’t been keeping up with Bloglovin’ lately. As a matter of fact, as of this writing I have nearly 750 unread posts in my feed. I do try to skim it every day and if any look extra interesting I will take the time to read it. Like this one by Princess Burlap…

Click HERE to read the rest of this post and more from Dayna.  She’s so talented!  I especially love her “Posts from Toast”!  You’ll have to visit her blog to find out what that’s about!

Favorite Instagram:
I love landscape photography…taking pictures of God’s Creation still in it’s undisturbed state excites me to no end! I think that is why I love this picture from Kelly Hall … 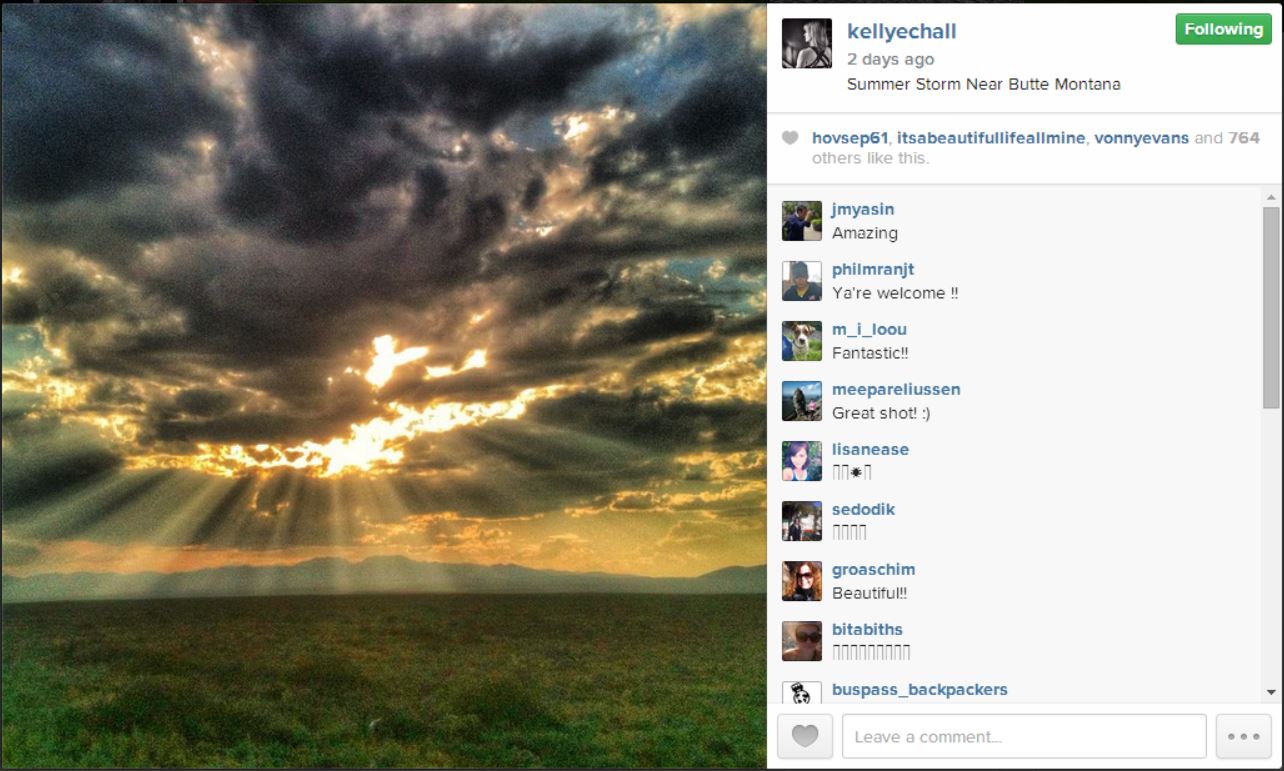 The natural beauty is amazing! It brings me so much inspiration and makes me want to break out my big Canon Rebel and go exploring the countryside! Check out Kelly’s Instagram feed by clicking HERE.

Favorite Pin:
The Hubs and I have finished our latest “Getting Crafty…” project. Now, we’re debating what to do next. Maybe something for our entryway? It currently looks like this… 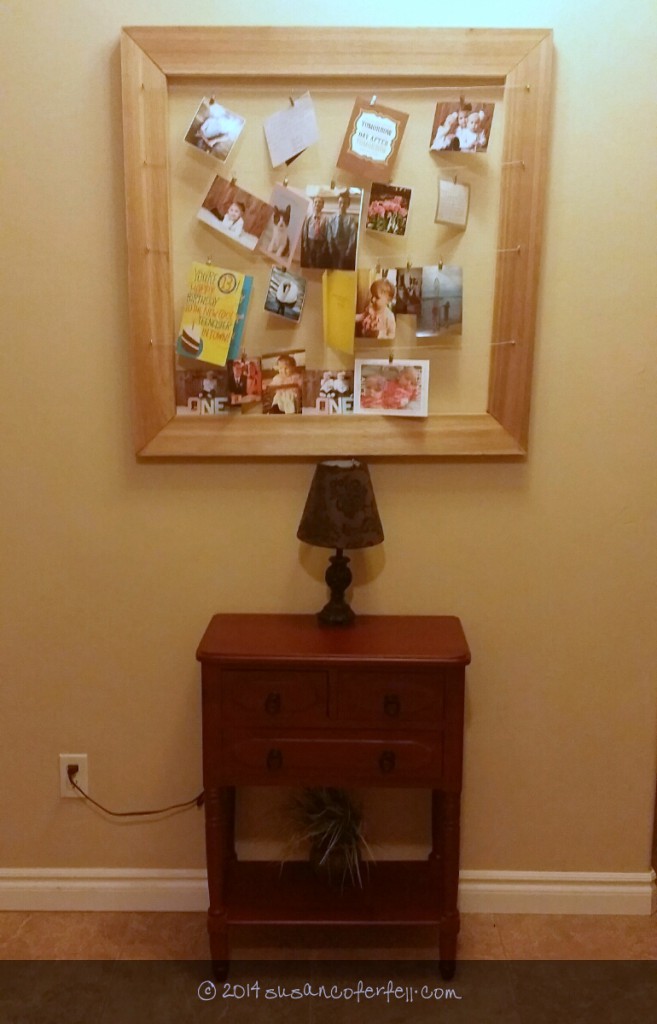 We purchased the red table from Big Lots shortly after we moved into our house. It came pre-assembled and has always been slightly crooked. With my OCD, its crookedness has always driven me nuts! Maybe we could make something along the lines of this Pin I found on Pinterest this week… 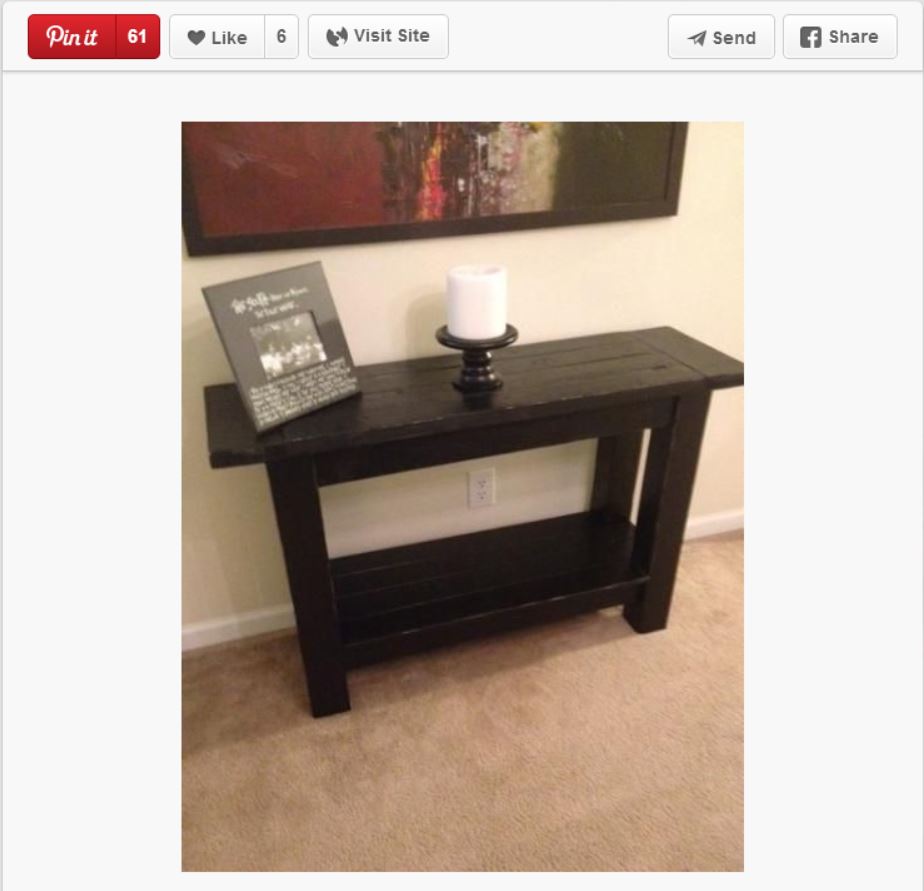 Favorite Recipe:
This one I made earlier this week! 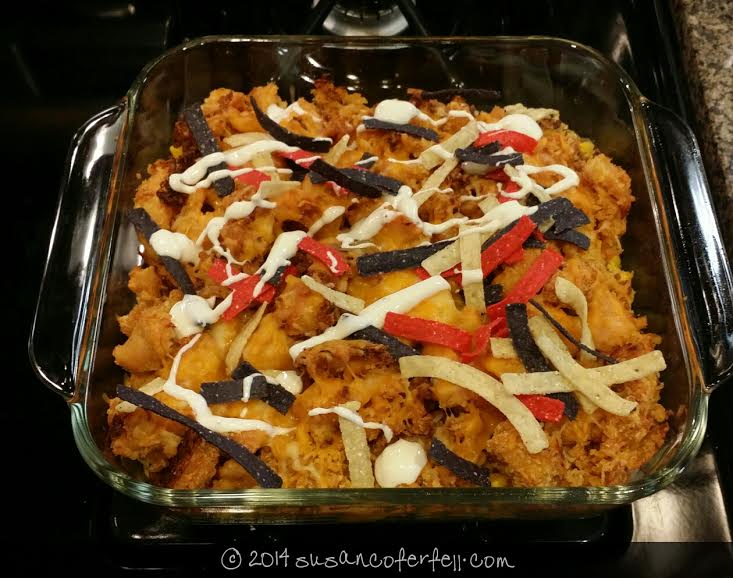 I’m linking up for this Friday Favorites with these girls… be sure and clink on their links to check out their fantastic blogs! 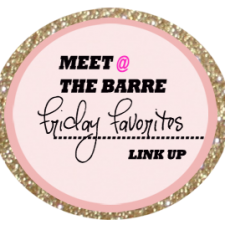 Have a great weekend everyone!

End of Day 1 of the Sally Hansen Miracle Gel test… 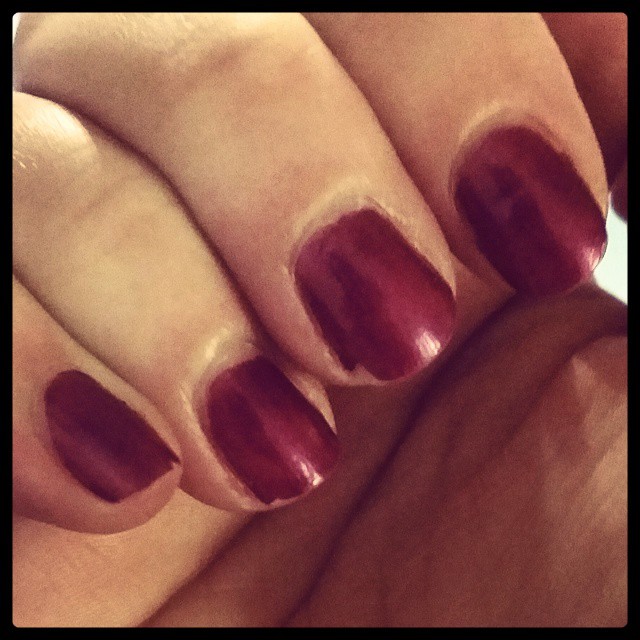 So far…I’m not impressed.  It has chipped about the same amount in the first 24 hours as regular nail polish.  I plan to touch it up tomorrow.  We’ll see if that helps. 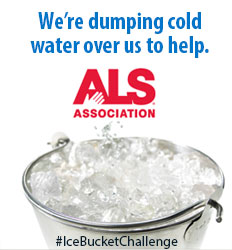 I love getting Gel manicures. I love how they make my nails look and how long it stays pretty. What I don’t love is how expensive it is!

Lately, I’ve been seeing commercials for a new Sally Hansen product called “Miracle Gel”… it’s much cheaper than a salon manicure (especially if you have reward points to Walgreens) and seemed so easy to apply. You don’t even need the light for it! 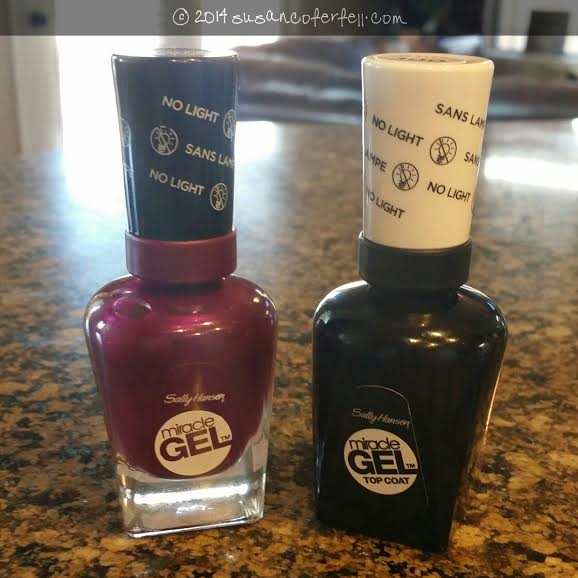 …and got to painting! I haven’t painted my nails in so long…they tend to peel when I wear polish. Two coats of the color and one coat of the Top Coat and I was done! 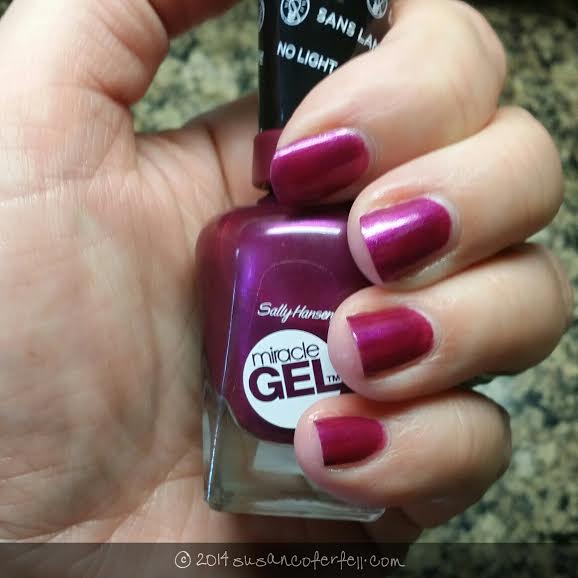 I really like this purplish cranberry color! The commercial says it should last 14 days. I will keep a daily photo diary here and on Instagram (click HERE for my feed) to see if it lives up to its claims!

If you try it, let me know how you like it!

I am not in any way being compensated for this post… Sally Hansen has no clue who I am.