…along Historic Route 66.
(Disclaimer: this is a LONG post)
Since we moved here nearly 2 years ago, there are two places that I’ve really wanted to see along Historic Route 66.  The first is Cadillac Ranch in Amarillo, Texas.  We’ll take that trip once the weather cools off a bit.  The second is the Big Blue Whale in Catoosa, Oklahoma.
Catoosa is just outside Tulsa.  We went there today!  I was super excited! 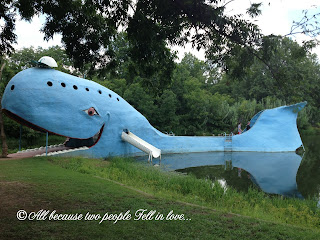 It really is a Big Blue Whale! 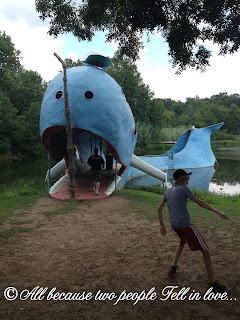 (Macy had other plans for Connor, she’s trying to drag him out of the picture!)
This site used to be a hot spot for family fun in the sun. 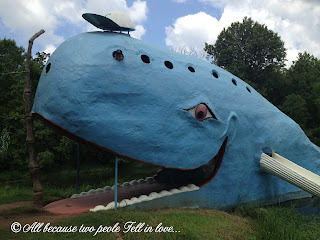 The creature was created in 1972.   You can no longer swim in the pond, but it is a great place to visit and take pictures. 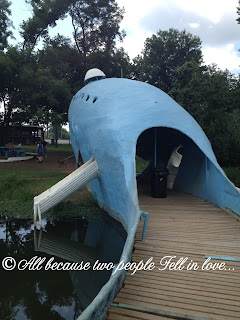 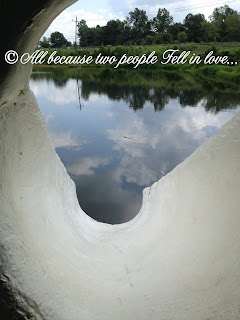 The whale has two slides out both sides and a diving platform off the tail. 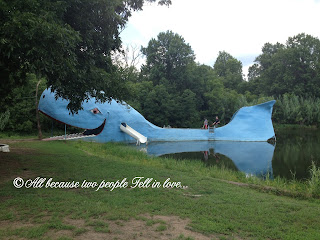 There’s also a ladder inside the head of the whale where kids can climb into and peak out the holes. 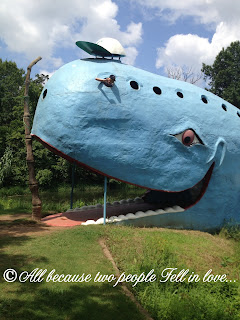 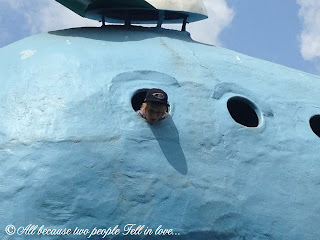 Also on the grounds is this… 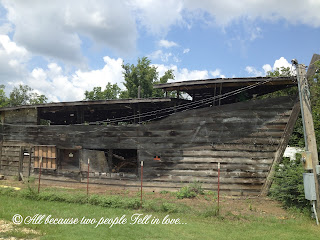 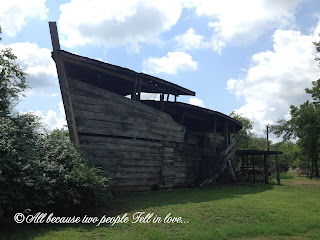 This used to be the A.R.K., or Animal Reptile Kingdom.  Apparently it housed a variety of reptiles, sort of like a small zoo.  They also kept alligators in this… 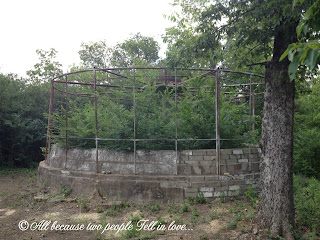 I don’t think alligators still live here… at least, I hope not.
These ‘schrooms were created for kids to play around… 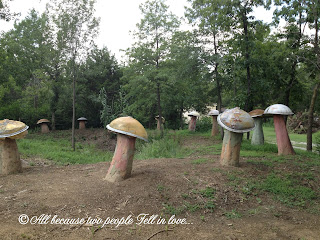 The staff is really working to raise money to renovate the property.  They’re hoping to bring it back to it’s original state.  For more info on the park, click HERE.
On the way home, we decided to bypass the interstate and drive Historic Route 66 for a little while.  Along the way, we found this treasure sitting way back in a field in Sapulpa… 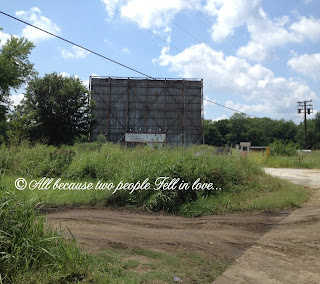 We knew it was an old drive-in movie theater, but upon further research, we discovered it was the Tee Pee Drive-In. 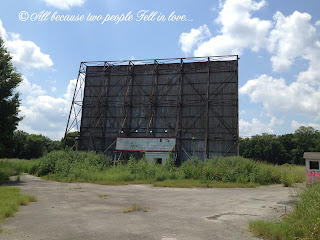 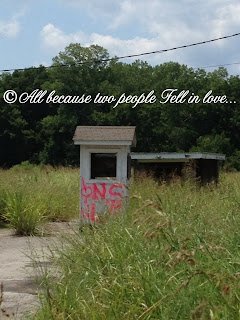 The theater shut down in the late 1990’s and it looks like vandals have left their mark. 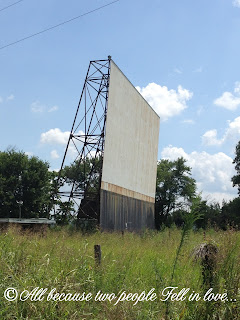 The screen still looks great, but the concession stand and the projection area need major help.  It also could stand to be bush-hogged.  I found some other pictures online and apparently the projectors are still inside the building (that I didn’t take a picture of).  Supposedly a Florida company purchased the property last year and had plans to reopen it by the end of the summer 2012.  Obviously, their plans changed.
For more info on the Tee Pee Drive-In, click HERE.
We hit the road and traveled a few more miles to the town of Stroud…
…to this… 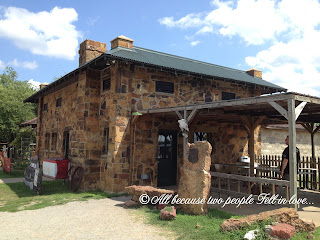 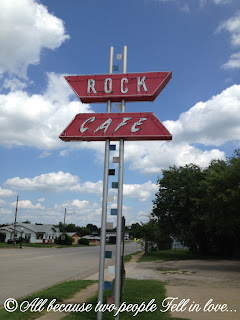 Rock Cafe opened in Stroud in 1939.  It was built using sandstone leftover from the construction of Route 66. 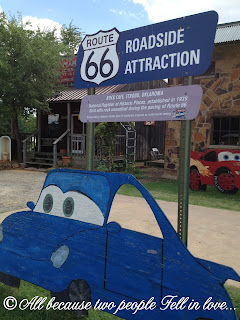 Apparently, Sally Carrera from Pixar’s movie “Cars” was based on the owner of the Rock Cafe.  The restaurant was a stop on the film company’s route while doing research for the film. 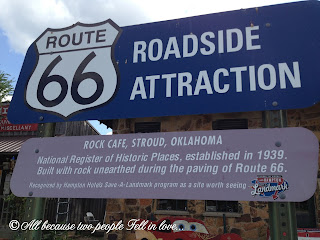 I had a cheeseburger and fries and it was delish!  For more info on Rock Cafe, click HERE.
Due to time constraints, our Historic Route 66 journey ended here.  We hopped back on the turnpike and headed home.  Next time, we’ll allow more time.  I’m sure there are some other sites between Tulsa and OKC that we need to visit!
Until next time…
Happy Blogging!