I confess, I read 50+ blog posts a day. I follow so many great people on Bloglovin’, it’s almost embarrassing. Another embarrassing thing… there’s quite a few bloggers who have less than perfect grammar skills…or maybe its a malfunctioning Spellchecker option! That annoys me so much. It’s such a huge pet peeve of mine to be reading a super creative, interesting, supposedly well-written post and then hit the brick wall that is a grammatical error. I can’t read any more after that! Sometimes the error is so simple as leaving an “s” off an obviously plural word or a typo.

I’ll stop now, but there are many, many more…

If you’re worried you’re one of “those” bloggers, I can help. My degree is in journalism and I love all things grammar. I spent nearly 10 years as a television/radio news producer and have always caught grammar errors in writings… they just jump out at me with red flags and flashing lights! I have partially edited a book manuscript and I would love to do more, including daily blog posts.

If you would like me to proofread your post before you post it (I promise I won’t change the actual content, just look for grammatical errors and typos), just shoot me an email at susan@susancoferfell.com We can discuss options, pricing, etc.

…no, not physically…
our blog has moved and gotten a facelift!

It’s still a work in progress, but I finally bit the bullet and laid down some cash to purchase my very own domain name.

Allow me to officially welcome you to susancoferfell.com! (a.k.a. All because two people Fell in love…)

Thanks to my friend from way back in high school and computer guru Dusty, I figured it all out and I’m up and running… I am, aren’t I?  Are you seeing this?

Dusty offered some great advice and helpful tips and sent me to this website… labnol.org

The videos are very informative and helped me easily make the transition from blogger to WordPress…and…I didn’t lose any of my content!  I’m so happy and extremely relieved! I, did however, have issues merging this blog onto my new domain… thank goodness Dusty knows his technological stuff!

There may be changes in the blog’s appearance over the next few days as I play around with the options and widgets, but I’m glad to be back! 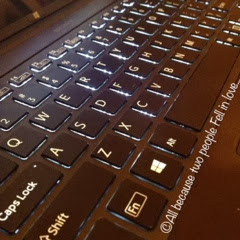 I’ve been researching for a while now on how to make this here little blog a source of income for our family.  I love to post on here, whether it’s a thought, a picture or something bigger… a “Road Trip…” or “Getting Crafty…” project.  I’ve been blogging for almost 6 ½ years and I think its time to turn it into something a little more lucrative.
I’ve searched Pinterest for good ideas on blogging and making money from your blog and I thought I would compile them here for you as well.  All of these have great information and most are written by bloggers with first hand experience.
1. This is my own suggestion and something I’ve been contemplating for several months… switch from Blogspot or Blogger to WordPress or even my own URL.  I’ve hesitated doing this because I’m fearful that I will lose all my content since I started in 2006.  That would be a tragedy!  I’d like to have my own website, but that costs money that I’m not 100% sure I want to spend just yet.  I’m not even sure how that process works, I’m going to have to do more research.  If you’ve done this successfully and have some tips for me and my readers, please leave a comment below.  I (and possibly others) would greatly appreciate it!
2. Kate over at The Small Things Blog (one of my favorites!) has some great tips on growing readership and gaining exposure.  She says to offer readers something new and different.  You need to do something that sets you apart from the millions of other bloggers on the internet, whether it be your writing style or the way you take and edit your photographs.
3. Jana over at Life Could Be A Dream says to treat blogging like a job.  She says “The moment I started taking my blog more seriously and treating it like a full time job is the moment I started to see the success I wanted.”  Jana also suggests learning basic HTML coding, such as how to add certain gadgets and other customizations to your blog.
4. Here is another one from me… Take advantage of social media.  If you’re not talking about your blog, who is?  You never know who may see your comment on Facebook, Instagram or Twitter… they could be a potential sponsor that wants to be a part of your blog!
5. Anna from Learn Like a Mom says to follow other successful blogs.  “Study what they do and how they do it.”  They must be doing something right to have so many followers and sponsors.  Anna also advises hosting a giveaway… “at first, you may have to hunt someone down and offer advertising in exchange for a review and/or giveaway… People love free stuff…”.
There are so many other ideas on how to earn an income from your blog… I’ve started a board on Pinterest to pin links I come across.  Feel free to follow!  You can find it HERE.
If you have any other suggestions, comments or ideas, please leave it below!  I’d love to hear from you!  If you’d like to sponsor “All because two people Fell in love…” please leave your contact information in the comments section.
Until next time…
Happy Blogging!