Yesterday morning, three moms and 4 kids braved the cold amongst thousands to participate in OKC’s Color Run 2013.  I’ve never done one of these races before, so I wasn’t sure what to expect.  It ended up being the most fun!  We’re already planning for next year!
Here are a few pictures from the day… 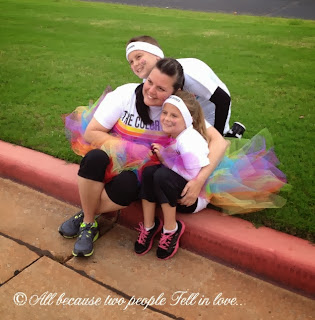 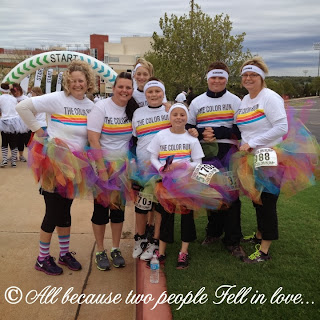 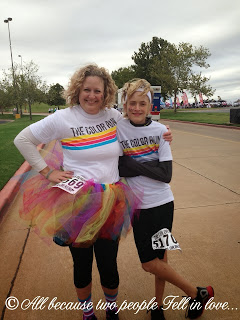 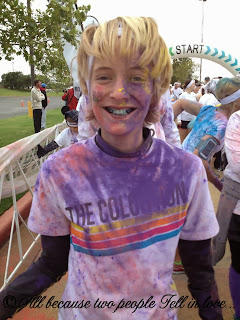 This is Connor before the race even started.  We were given color packets to hold onto until the end, but some decided to go ahead and open theirs beforehand and somehow Connor ended up in the middle of it! 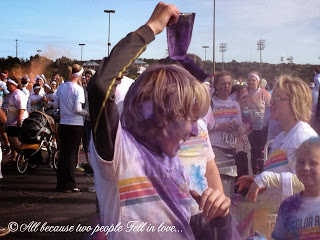 Connor after the 3.2 miles, throwing his own color packet on himself! 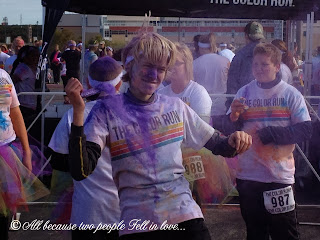 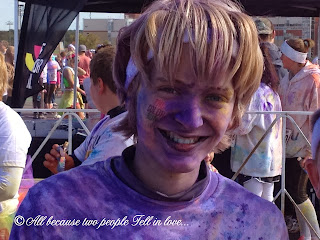 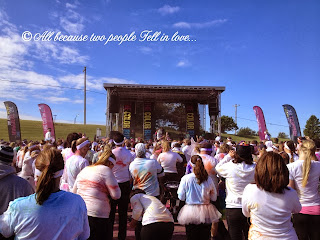 This is the coolest part… once runners finish the race, they all end up at this stage where people are performing and playing music.  Once every 5 minutes or so, everyone opens their color packet and does this… 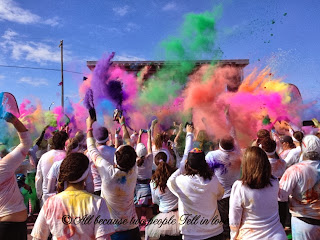 The pictures just don’t do it justice! 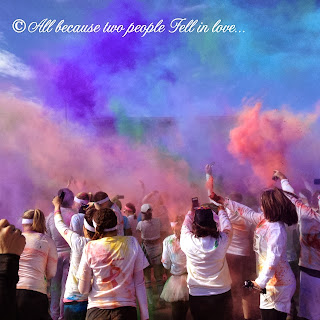 The colors flying in the wind are so amazing and the atmosphere among the runners is unbelievable! 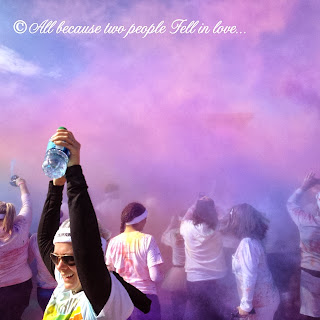 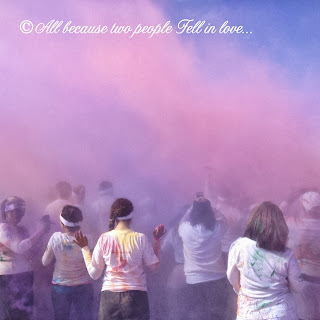 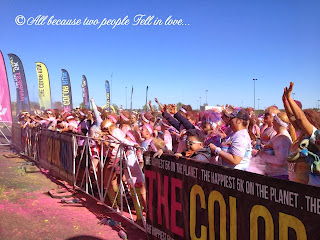 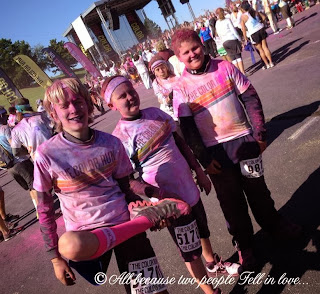 We ended up purchasing Color Run knee socks once the race was over.  Yes, Connor wanted the hot pink ones!  I picked up a pink and white chevron printed pair. 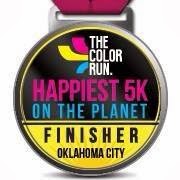 Actual medals were not given out, since this wasn’t a timed race… but participants were encouraged to take this “medal” and use it on their Facebook pages.
Love it! 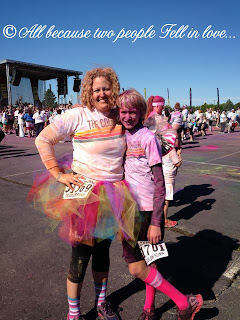 Our neighbor took our shirts to her house… apparently, if you soak them in vinegar, then iron them, the colors become permanent!  I can’t wait to see how they turn out!

If there’s a Color Run, or some other similar race in your area (there are several versions)… do it!  You won’t regret it!