You know the song from the Rodgers and Hammerstein musical… “Oklahoma… where the wind comes sweepin’ down the plain!”  Trust me… the words to that classic are 100% true.  The enormous amount of wind was one of the first things I noticed when we moved here.  If it was windy like this back home, we thought a tornado was coming!  But, around here, that wind is utilized for electricity!
The last couple of mornings I have noticed hundreds of tall, white wind mill looking things off in the distance while driving to work.  I’d never seen them before and I first thought I was going insane.  Turns out, no, I’m not crazy (I know… you’re shocked!).
I did a little research and discovered that the turbines were part of the Canadian Hills Wind Farm owned by Apex Wind Energy, Inc. and went on line for the first time in December. According to one website, this particular wind “farm” is the largest in the state with 135 turbines producing enough electricity to power 100,000 homes.
Me, being me, I had to see them up close and take some pictures.  I wasn’t sure where the farm was located and every website I pulled up never really said.  I just knew they were near the small town of Calumet, which is very close to the town I work in.   I eventually found an address on a Facebook page and programmed that into my GPS.  I figured, once I got in the area, the gigantic windmills wouldn’t be hard to miss.  So, after I got finished at the office, I hopped in my vehicle and started driving in the general direction.
After about 20 minutes… this is what I came up on… 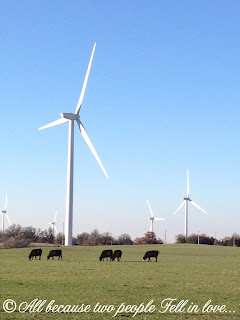 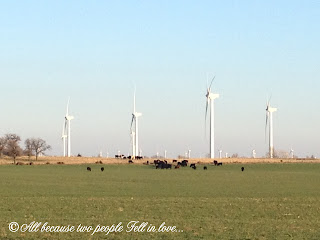 I was very brave in my traveling… taking unmarked dirt roads to get a better look and stopping my vehicle in the middle of the road to hop out and take pictures. 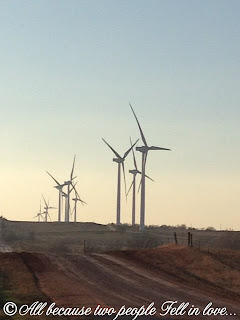 Traffic was light this afternoon… 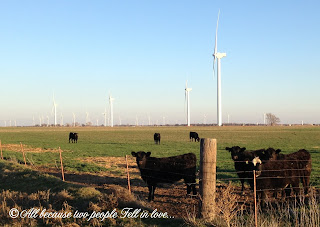 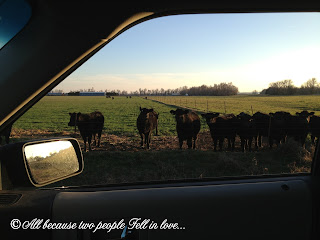 I love cows in their winter coats! 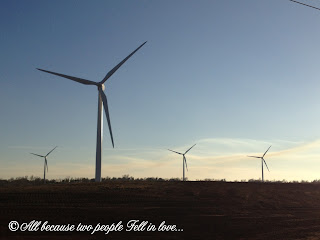 After about an hour, and with the sun setting, it was time to go home.  My GPS took me down a different old dirt road where the next scene caught my eye in passing, causing me to throw the Flex into reverse. 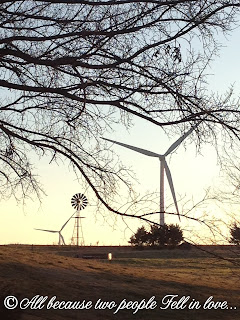 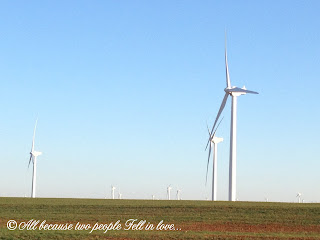 Here’s some more interesting information about Canadian Hills Wind Farm… this is the first of four possible phases to the farm.  Once all phases are complete, there could be around 400 turbines all over this landscape. 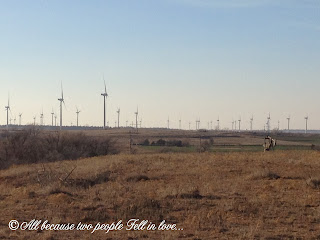 Another interesting tid-bit… Internet giant Google has purchased 48 of the farm’s 300 mega-watts of energy that is produced for its Oklahoma data center, located about 170 miles from the state’s capitol. 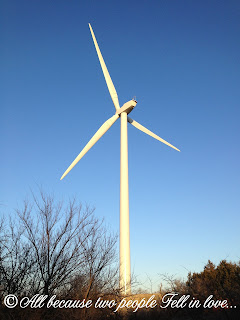 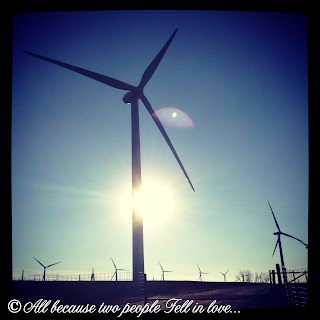